As an IT person, you will encounter many different types of people throughout your workday. Whether it’s an end-user with a software issue or a coworker needing network access permission, some will be grateful for your help and others will present challenging situations. Sometimes, it will be in a scheduled meeting where you can think about strategies ahead of time. Other times, you will have no warning and have to deal with the situation as it happens. Knowing effective strategies for dealing with difficult people can help you manage challenging situations for a positive outcome.

Most of your interactions with people will be pleasant and positive. You will, however, run into a challenging conversation or a challenging person every now and then. Those are the times when you need actionable steps you can use when de-escalating tough situations. So, how do you respond to difficult people?

Here are general strategies for dealing with difficult people in customer service:

Although there are many types of difficult people, here are some common examples of personality types you may encounter in IT as you work in customer service. I’m including specific tips for dealing with each personality as well.

Defensive people have difficulty accepting responsibility for their words and actions. They don’t deal well with criticism, even well-intentioned feedback. People may act defensively because of past negative experiences or because they’re hiding something. When you have to deal with someone who acts defensively, avoid starting the conversation with any sort of accusation or blame statement, and avoid the use of generalities such as “always” or “never”. Be aware that your use of the word “you” can sound like you’re making accusations. Use “I” statements instead, such as “I’m upset about what happened.” or “I felt this way after you did…”. Show genuine appreciation for what the other person has done.

A verbally abusive person might shout at other people or insult them. They could act in a condescending manner. They could try to pull rank and might even threaten to get someone in trouble with their boss. When you have to deal with someone who’s being verbally abusive, do your best to stay calm, ignore their challenging questions, allow them to vent, and try to identify any underlying issues that might be the real reasons for their bad behavior.

Argumentative people generally aren’t as skilled at resolving disagreements, so they try to argue to compensate. They may not have good self-awareness or situational awareness. They might argue about small, insignificant issues. When dealing with argumentative people, do your best to stay calm. Try not to take it personally. (Sometimes, easier said than done.) Try to slow the argument down with statements like, “Let me think about that.” Don’t argue about things that don’t matter. Look for areas of agreement to lower the intensity of the argument.

Inappropriate behavior is a broad term including racism, sexism, and other forms of harmful stereotyping. It could include suggestive comments, inappropriate touching, and come-ons. It could also involve someone asking you to act in a dishonest manner or not to disclose dishonest or unethical behavior. Consider how inappropriate the behavior was and tailor your response accordingly. Was it a clumsy, off-hand remark or was it something that made you feel threatened? Was it a one-time event or is it part of an ongoing pattern? Is the relationship important to you or can you walk away from it? When dealing with inappropriate behavior, you have a range of choices from ignoring it to taking legal action. Your decision should be based on how uncomfortable the inappropriate behavior made you feel, the seriousness of the behavior, the frequency of its occurrence, and your desired outcome.

Some examples of options for addressing the behavior include:

Knowing how to work with the variety of people you’ll encounter in your IT career is a big part of your career success. Not all of them will be pleasant or easy to work with, but the most successful people find ways to work with the different types of people in the workplace. Remember to always hold yourself to the highest possible standards of behavior. Stay calm, have empathy and compassion for everyone, communicate clearly, be a good listener, treat your fellow humans with dignity and respect, be ready to involve another person if things get uncomfortable, and always have an exit strategy.

Enroll your team now in Compassionate Geek IT customer service training so they can work together, get things done, and take care of customers. 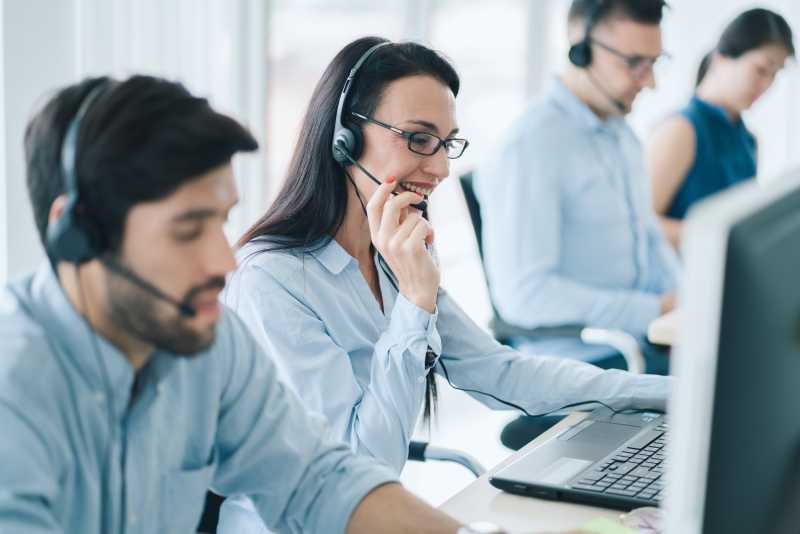 Give your IT team the skills they need to serve customers at the highest level. All while improving productivity and creating a culture of compassion.